A Power of Attorney (POA) is a document that creates a relationship between a person granting the power (the “Principal”) and a person receiving the authority to act (the “Agent”). One of the most important aspects of a Power of Attorney document is that it can be revoked by the principal. Many people confuse a power of attorney with a guardianship. They think that when they have a power of attorney, they can act in any way they want without regard to the principal’s wishes. However, an act by the agent which is contrary to the wishes of the principal is a revocation of the POA. A guardianship on the other hand is court appointed and involves some, or all, of the person’s rights removed and given to the guardian. A guardianship power allows the guardian to act contrary to the wishes of the ward.

The most widely used POA for Elder Law and Estate Planning is the Durable Power of Attorney. This type of POA is referred to as durable because unlike a non-durable POA, it will remain in effect even if the principal becomes incapacitated. This is especially important when planning for incapacity. It is expected that the Durable Power of Attorney will be used in cases where the principal will develop:

It’s important to note that a POA, whether durable or not, terminates upon the death of the principal. It is suspended when a petition for incapacity is filed in the probate court usually seeking guardianship. Since the court looks to the “least restrictive alternative,” even if the person is found incapacitated, a guardianship may be avoided by having a Durable Power of Attorney, as well as a Health Care Surrogate and Living Will in place.

Please call our office at 954-832-0885 to discuss how The Law Offices of Odelia Goldberg can help you with your legal issues. Home, hospital appointments and telephone appointments are available. 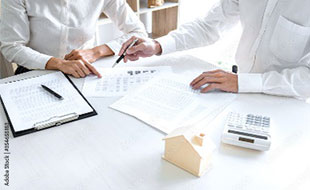