What Can Be Learned From Madonna’s Co-Op Board Fight? 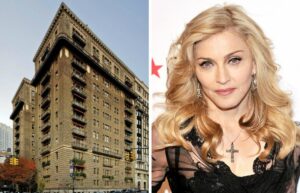 It all started in 2008 when Madonna bought her Manhattan pad for $7.3 million sans guest restrictions. In 2014, the co-op board changed the rules and one under 16 years of age could reside in the apartment unless a resident over the age of 21 was present.

Two years after the rule change, in 2016, the Queen of Pop sued Harperley Hall to allow for her children and domestic to live in the unit regardless of whether she herself is “in residence” at the time. Madonna’s attorney argued that she “is a world-renowned recording artist, performer and singer who is constantly on world tours.”  Aren’t we all???

The Judge was not swayed and ruled that she missed a legal deadline to challenge the co-op rule. The Material Girl pressed on and requested access to voting records and annual meeting minutes from the board to “investigate how her lease was changed” and “how her family may use Unit 7A without breaching the lease.” The board characterized her demand as “merely fishing for materials in an attempt to substantiate an otherwise time-barred challenge to board action affecting her personal interests.” Again, the Judge sided with the co-op board and admonished the pop star for harassing her neighbors.

Finally, in 2019, the co-op petitioned that Madonna should pay the co-op’s attorney’s fees for the three year lawsuit because she continued fighting in court for its record books, even after her challenge to the terms of her lease was dismissed. The Judge agreed and although the amount is undisclosed, it’s clear Madonna lost this battle.

This is only the latest in a long list of Madonna apartment antics. When Madonna bought this particular co-op, she also owned a duplex with her ex-husband Sean Penn. The two used that location as a private workout studio and to host rowdy parties, which led her upstairs neighbor to sue. Additionally, her residential enemies extend to the Upper East Side where a couple years ago, she was caught posting fake “No Parking” signs outside her 81st Street mansion to keep the public spots to herself, LOL.

Is it worth having such a selfish neighbor, only to get to say, “I live in Madonna’s building?” I guess not.  While it could be cool to have a famous person as your neighbor, there may be a high price to pay as they may consider themselves above the law due to their fame and inflated ego.