What Can Be Learned From A-Rod’s Family Dispute? 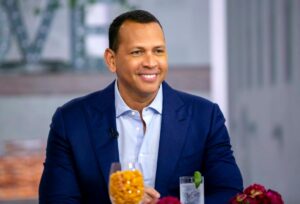 Former Yankees star Alex Rodriguez (A-Rod) and his ex-brother-in-law, Constantine Scurtis, are joint owners of a Miami-area real estate venture that reportedly owns and operates 5,000 units that are worth $1 billion. Scurtis claims that A-Rod squeezed him out of his ownership percentage and profits and the two have been battling it out in the Courts for almost six years.

The plaintiff will need to establish such awful conduct by clear and convincing evidence, which is a very high evidentiary standard, right below the criminal law’s ‘beyond a reasonable doubt’ standard. In most civil cases you only have to prove your case by a ‘more likely than not’ standard. The Judge will need to decide if A-Rod did something while having actual knowledge of the consequences of his actions.

A-Rod could be liable for $500,000 to somewhere between three-to-four times the actual damages, according to the Florida statute. In fact, the judge could find that there is no limit on the amount of punitive damages that would be appropriate in this case. Limitless punishment for bad behavior….scary stuff.

So what can we lean from this mess? Well, off the bat, think long and hard before you get into an agreement with family (especially the family you marry into). Sometimes that can’t be helped, so the real lesson is to be aware that punitive damages lurk in the recesses of every contract. A good agreement should limit or eliminate the punitive damages option.