What Can We Learn From Taylor Swift’s Contract Dispute? 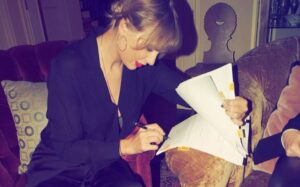 Look what they made her do.

Taylor Swift has emerged victorious in a $1 million lawsuit accusing her of screwing over a New York realtor, with a judge siding with the singer and throwing out the case. Swift, in her defense, argued that she never signed a contract. According to Swift, a Douglas Elliman broker showed a rep from Swift’s company the Tribeca townhouse, and gave the rep blueprints to the unit. Eight months later, Swift purchased the property for $18 million and, as pop stars do, excluded the Elliman broker from the transaction.

Swift already owns 3 apartments in that building, but the stand-alone home was attractive because it contains a paparazzi-proof garage.

The broker sued Swift, demanding the seven-figure commission, but a judge tossed the suit on stating that Elliman never had “any formal agreement” with Swift.  “Douglas Elliman’s claims fail as a matter of law for want of an enforceable contract,” Manhattan federal court judge Jesse Furman wrote in the ruling. Judge Furman stated that an “informal e-mail” between the parties about viewing the townhouse was insufficient to secure a commission. “And the e-mail is far from the sort of ‘formal writing’ one would expect in connection with an $18 million transaction,” Furman added. “The e-mail lacks most, if not all, of the material terms of a real estate brokerage agreement, including the scope and duration of the relationship and the fee,” he ruled. So much bad blood (LOL).

Had this unit been a South Beach pad and Florida our jurisdiction, the Judge could have ruled the other ay. While the Florida law recognizes oral brokerage agreements as valid and enforceable, there is more to determine whether a commission has been “earned”. The broker is typically entitled to a commission when he or she produces a purchaser that is “ready, able and willing to perform upon the terms fixed.” This is known as the procuring cause doctrine.

To earn a commission under the procuring cause doctrine, the broker must bring the parties together and a sale must be effectuated as a result of continuous negotiations between the seller and buyer.  The broker (or agent) has two requirements under the doctrine in order to be entitled to a commission: (1) initiate negotiations by doing some affirmative act to bring buyer and seller together; and (2) remain involved in the continuing negotiations between buyer and seller.

So, how long does the Florida Broker need to be engaged? Florida courts have found that transactions were not considered abandoned when as long as a year passed without communication between the broker and client. As expected, there is also an exception to the continuous negotiations requirement when the broker is purposefully excluded from the continuous negotiations. In this situation, the broker needs to prove that the parties negotiated directly with each other without the participation of the broker who first brought them together.

In short, real estate commission lawsuits tend to be very fact specific and can be avoided with a clear, written agreement. Make sure you have one to protect everyone involved to avoid never ever getting back together (I couldn’t resist).