What can we learn from Kobe Bryant 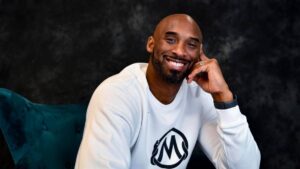 Kobe Bryant was not only a famous basketball player, but also a businessman, brand-builder, and investor. I wasn’t surprised to learn that he had a well drafted estate plan prior to his untimely death at the age of 41. Kobe had a trust to protect his assets, reduced estate-tax liability, and pass his wealth to his family members (I love me a good trust!).

Despite his careful planning, there’s something for us to learn (isn’t there always?) His first misstep was his failure to update his estate plan after the birth of his daughter, Capri Bryant, who was just six months old at the time of his death. To fix this oversight, the Court needed to amend the trust to add Capri as a beneficiary, to allow her to inherit her share. This mistake cost the trust legal fees, as well as eliminated the privacy aspect of Kobe’s estate plan because the trust and its terms became public record.

In Florida, most trusts (and wills) have a sentence to include any future children adopted or born after the drafting of the trust, we would have seen this coming and dealt with it within the trust document. No need for Court amendments or pubic airing of trust details.

Kobe’s second (potential) mistake was his failure to include his mother-in-law in the trust. Kobe’s mother-in-law has alleged that she “entered into an oral contract” with Kobe where he promised to take care of her, “financially for life in exchange for her services as a nanny and caretaker for the Bryants’ children,” according to her filing.

Would an oral promise of an inheritance be enforceable in the Sunshine state? NO WAY! Can you imagine if it were? The statute of frauds in Florida requires (generally) that contracts must be in writing. Additionally, The Florida probate code statute states that certain purported agreements regarding a will or an inheritance are invalid unless that agreement is in writing and signed and witnessed.

In Florida, if someone promises to leave you money, or in inheritance, under their will, or through their estate, they need to put that promise in writing and have two witnesses witness the document signed. And that makes a tremendous amount of sense.

As you can imagine, Kobe’s widow, the primary beneficiary of his estate and a co-trustee of the trust, is refusing to support her mother despite the alleged promises. The dispute is in the Courts and driven a wedge between Kobe’s widow and her own mother. That’s very sad.
There you have it folks, let me know your thoughts.