What Can We Learn From Utah’s Reality? 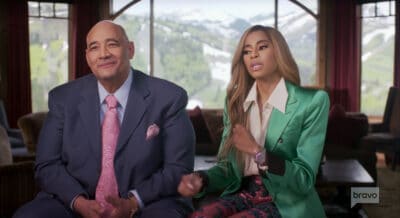 There’s so much going on in the world, including a new Real Housewives franchise in Salt Lake City, Utah. Missed the premier? No worries, I’ll fill you in.

This story started in 1961, when Rosemary “Mama” Cosby felt a call to preach and set out with her four small children by foot from Indianapolis to Utah. Not long after her arrival in Salt Lake City, the evangelist was holding meetings in her house. Mama was a hit and founded Faith Temple in 1968. She married Robert Cosby, a man 20 years her junior, in 1975. Mama Cosby died of heart failure in January 1997 at the age 65 with a multimillion estate and an empire of churches and restaurants.

Almost right away the problems started when two of her children sued their stepfather in probate court and civil court for forgery and mishandling the probate assets. They did eventually win a jury award of $1.2 million in damages and had Mama’s body exhumed for an autopsy to rule out foul play.

As it turns out, Mama attempted to prevent this fracture within the family and her last will included a clause that her surviving spouse marry “one of her girls.” And so he did, Mary Cosby married her step-grandfather, Bishop Robert Cosby in 1998, when she was 24 years old. Mary states that she inherited her family’s churches and financial fortune “on the condition” that she marry her 45-year-old step-grandfather. They’ve been together for 20 years and share a child.

While we don’t have the specifics of Mama’s last will for a proper deep dive, we can investigate the Florida standard for contingent inheritances. In short, conditional bequests are almost always an effective way to carry out a testator’s or settlor’s intent. Courts uphold a wide array of conditions as long as they are (1) phrased appropriately (2) not contrary to public policy and (3) not illegal. It’s been held that whether to provide incentive, motivation, protection or revenge a well-drafted conditional gift are usually upheld.

As different and uncommon as it is to marry your step-grandfather, it is not illegal nor contrary to public policy, the clause would probably survive a Florida challenge.

You can’t make this stuff up LOL